Fresh-brewed, locally roasted gourmet coffee provided by Crooked Porch Coffee Roasters will be ready by 7:00 AM. Grab a cup before breakfast to enjoy on the waterfront covered porch or dining deck, or stroll down the back lawn to the water’s edge. Adirondack chairs set at the shoreline offer the perfect place to start your day.

Breakfast is served from 8:00 AM to 9:30 AM, and may include an offering of fresh fruit, freshly baked muffins and pastries, juice, tea, coffee, and one of Matt and Kristi’s favorite hot dishes such as wild Maine blueberry pancakes, eggs benedict or a breakfast strata. Hot and cold cereals and yogurt are available upon request. We are happy to accommodate your specific dietary needs. Please let us know in advance so we can be prepared.

Depending on current weather conditions, breakfast will be served on the rear deck overlooking Frenchman Bay, at one of the small intimate tables in the sunroom, or in the formal dining room accompanied by a cheery fire. You may also arrange to pick up your breakfast on a tray for you to enjoy in the privacy of your room.

Matt and Kristi first met at W.T. Woodson Highschool in Fairfax, Virginia in 1988.  They began their courtship the summer between their junior and senior years, and continued to see each other as often as they could while Kristi attended Longwood College and Matt, the Virginia Military Institute.

Upon graduation, Matt began working as a civil engineer for a small firm in Manassas, Virginia while Kristi earned her Master’s degree in Forensic Science from the George Washington University in Washington, DC.  Kristi spent the next ten years working in the DNA Laboratory of the FBI, ultimately becoming a Forensic Examiner.  They married in 1996 and settled in Manassas, Virginia.

They discovered Bar Harbor while visiting Matt’s parents, who moved there in 1992.  After that, they began taking trips to Bar Harbor at least once or twice a year.  Enchanted by the quaint New England village and captivated by the majesty of Acadia National Park, it wasn’t long before the desire took hold to make Bar Harbor their home.  They left their lives in Virginia behind, and purchased Saltair in December of 2005.  It was a vacant house when they began their stewardship, but has come to life with a myriad of guests since April 2006.

Matt and Kristi enjoy opening and sharing their home, and they especially value the unexpected friendships they have developed with guests who return year after year.  They also both enjoy being part of the Bar Harbor Community, Matt on the Board of Directors of Kebo Valley Golf Course and Kristi as an elected member of the Bar Harbor School Board.  In their spare time, they enjoy hiking, kayaking, golfing, fishing and sharing their love of the outdoors with their children, your assistant innkeepers, Katie, Emily and Adam.

History of the Inn

“Saltair” was built in 1887 as a guest house for William and Elizabeth Rice of Massachusetts and New York. Mr. Rice was an investor and businessman. Mrs. Rice was one of the founding benefactors of what is now the MDI Hospital. Saltair was one of six summer “cottages” the Rice’s built in the section of West Street known as the West Street Historical District, which includes 17 properties listed on the National Register of Historic Places. An expansive back lawn slopes gently from the rear of the inn to the water’s edge. Low tide reveals a sand bar connecting the Saltair Inn to Bar Island, from which Bar Harbor adopted its name in 1918.

Saltair was designed by Boston architect Arthur Rotch, who designed over 15 other buildings in Bar Harbor, including St. Saviour’s Episcopal Church located on Mt. Desert Street. St. Saviour’s is graced by a collection of 42 stained glass windows, 10 of which are original works of art by Louis Comfort Tiffany himself.

Mr. Rice sold the home in 1896 to Anthony Bleecker Banks of Albany, NY. Mr. Banks was the President of Banks & Company, the publisher of the oldest law books published in the United States. He also served two nonconsecutive 2-year terms as mayor of Albany, NY in 1876 and 1884. Mrs. Banks was Phoebe Wells.

Dr. Warren and Euleta Hoag purchased the home in 1962 with their five children, Donna, Mark, Matt, Mike and Linda. Dr. Hoag, a Cornell University graduate, was a noted veterinarian and served as the Assistant Director of the Jackson Laboratory. During their time here, Euleta called the home “Witch Wynds” after the howling Nor’easters. They sold the home in 1968 and moved to Michigan.

The Barnes Family lived here from 1968 to around 1976, followed by the Symonds Family who lived in the home until 1986. Wayne and Maxine Farrar were owners of the home in the 1990’s.

Our research continues. In the mean time, here are a few photos taken in 1969 and generously shared by Mrs. Barnes. 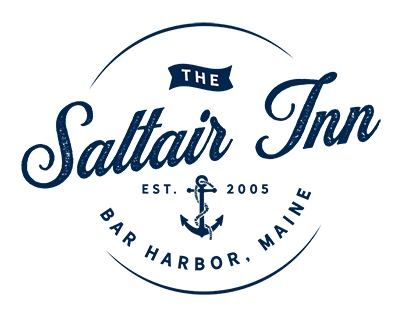 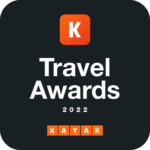 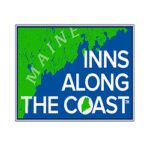 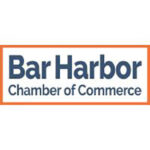 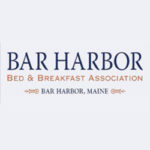